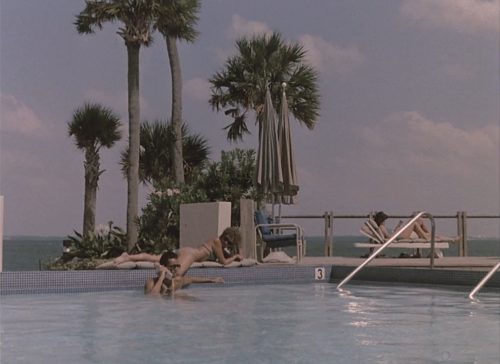 Lately, I’ve been reading about the advent of the whole tiki aesthetic and lifestyle of the 1930s-1960s. I first purchased Sven Kirsten’s “Tiki Pop,” and later “Ninety Years of Classic San Diego Tiki,” to learn more about it. The proliferation of tiki and South Seas-related architecture and ephemera throughout the nation, particularly in the hospitality industry, and its seemingly sudden decline in the 60s greatly interests me — and that interest goes past my fleeting flavor-of-the-week passing interests in the historicity of things. No, to me, this seemed to represent a whole philosophy of life, and I aimed to get to the bottom of it.

My view is that the rise of the whole South Seas syncretic aesthetic system came out of the general fantasy architecture movement which had started in the 19th century and was very well under way throughout the world by the 1920s. One just has to go to the various spa towns throughout not only the US but in places like Germany, Poland, and Austria. Special architecture in such places was conceived to transport the vacationer to their own special pocket universe. This is still the status quo today in much of the hospitality industry, with theme parks perhaps being the standard-bearer: you enter the gates and you find yourself in a pocket universe. Relatedly, I recall reading a student’s account of his experiences at Prof. Alexander’s Eishin campus and how it was like going to school in a fantasy land versus being out in a soulless concrete jungle populated with cubicle farms and zombie office drones.

Some people today, starting particularly with the Baby Boom generation, seem to have an obsession with “authenticity” that puts them at odds at such fantastical pastiches. To them, tiki is tacky. Anything thematic is tacky, perhaps even sexist or racist or some other -ist or perhaps it appropriates cultures as cheap bally-hoo. I feel these people miss the point entirely. It is, after all, nothing more than fantastical escapist indulgence that serves as a release valve for a particular generation who suffered through world-altering warfare and economic depression. These places aren’t supposed to be authentic. After all, in the case of tiki, would you really want an authentic Tahitian experience of eating spam and mashed taro root? It’s more about the idea of the place, and romance is a vaporous mirage of ideas.

The building blocks of romance are one-and-the-same as those that make up one’s own self-concept. It’s these ideas that we tell and sell to ourselves about ourselves and about others that move and shake the world. When given a choice on where and how to live, it’s these ideas that dictate one’s enjoyment of their life. When looking at your loved ones, do you really see them for them, or the idea of what they are and what that idea means to you? When you see yourself in the mirror, do you see just “you” or the amalgamation of ideas and the quilt of experiences that make up you? It goes without saying that a person is a summation of the sands that passed through the hourglass of their life and the moments that are crystallized within grain. Back to tiki, it’s really just a manifestation of this idea of fun, of adventure, of the male fantasy, of freedom. It especially makes sense in the context of the 50s as a way to cut-up and relax in this caricature sort-of way, within reason. I can understand how, in the 30s, it signified pure exoticism and adventure, especially after the voyage of Kon-Tiki and the publishing of all those adventure novels.

For my generation, it’s really just video games and this masturbatory sort of voyeurism that people do on social media, though today the current of misinformation and deception runs especially deep. No proprietor of a tiki restaurant in Ohio would tell you that their bar is exactly how French Polynesia or Hawaii or Guam is, for they themselves probably haven’t even been there. But to go onto Instagram or wherever and see all the deliberate lies that people craft about themselves and then try to have you buy into their lie? That goes way beyond the idealizations and half-truths that I mentioned we live in, that we tell ourselves, that make up our self-concept. I can strive to be a certain way, I can envision a certain idealized self, and I can do my best to turn that ideal to a reality. Social media makes it easy to present idea-as-reality, and you have no real way of knowing otherwise, and you are being assailed with this constantly from all sides. This has been written about much more eloquently elsewhere, and the takeaway is that it does nothing but make people feel even worse about themselves. It is clear these lies greatly harm the self-esteem of young people, to the point where even twelve-year-old girls are worried about anti-aging or some other nonsense.

As for video games and escapism, that really just applies to immersive RPGs or similar things that scratch the same itch as the old-time self-insert adventure novels. Wanting to escape from the mundane is a tale as old as time. Taken to an extreme, that is all that “Don Quixote” is about, and perhaps that is what brought about the genesis of performing arts in various cultures worldwide. I realized there’s a strong common thread in all of these things, from set design in plays and movies to world-building in a game to the tikis in the tiki hut: it’s all kitsch. Kitsch signifies that you-are-here. Immersing oneself in kitsch makes one feel as if they are a part of something. In fact, I say it’s the kitsch that attracts people to extreme ideological movements, which often have a strong aesthetic component. If one studies Jacques Ellul and his books on propaganda, this is seen with striking clarity. Kitsch can be charismatic, and most interestingly today, it can inspire a sort of manufactured nostalgia. The insufferable repetitive comments on any old J-pop recording on YouTube where users report nostalgic feelings for eras they never experienced come to mind. That manufactured nostalgia is entirely composed of kitsch, where they put themselves in that 80s car, wearing that 80s outfit, in an environment they suppose looks 80s, and so on. That’s the romance of it. The otherworldly nature of it sells, and to this day, that is the biggest thing that sells in most fine hotels: this feeling of being taken away to somewhere else.

I’ve thought a lot about this lately as I look at this old hotel/motel for sale here by the beach. It has struggled along for a while, as one of its immediate neighbors with a very similar layout and design to it manages to charge double what they charge. Why? Because this neighbor capitalizes on the “idea” of beach-side Florida and presenting an “idea” of your-parent’s-Florida. They have the terrazzo floors, cheesy cheap rattan furniture, decent landscaping blocking the immersion-breaking buildings nearby, the whole-nine-yards. This hotel for sale has none of that. There’s no romance to it, it’s just a hotel. It’s all aesthetics. This other hotel has no more amenities, was built at the same time, and is exactly one parcel north. The one for sale just fails at the idea of selling itself. All of this is marketing 101, nothing profound or revolutionary. But even to those who majored in marketing, this idea can be lost in translation, or perhaps lost in renovation, as so many tiki palaces have been renovated-away to bare puke-colored concrete husks with oh-so-in gray vinyl flooring that gives no impression but that of numb nowheresville.

I look at my own life, and I think I could use some more romance, in more ways than one.