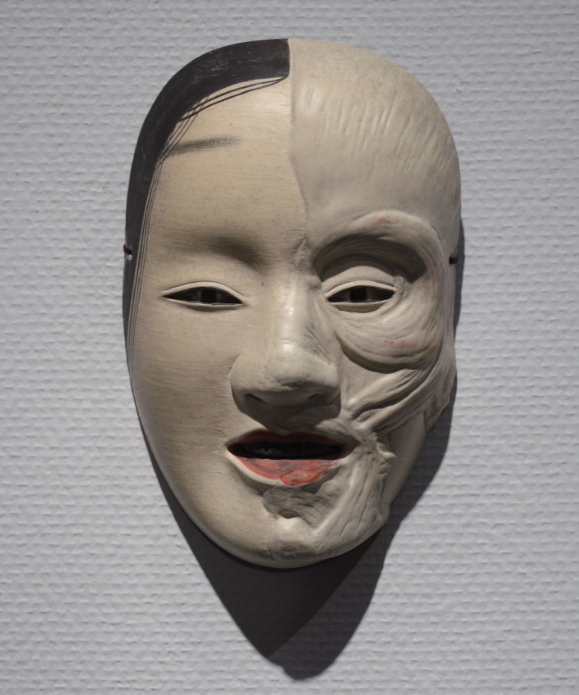 I wonder sometimes if I am even capable of loving a person. I tend to build up the idea of this person, perhaps long before I have even met them, and superimpose the idea upon them. Any deviation from the idea upsets me, but what can one expect when dealing with real people versus ideas, no matter how nuanced? What is particularly upsetting is if one very well could have totally embodied that idea, or rather, that ideal, but their own decisions damaged that beautiful visage beyond repair. I would feel angry, but directed at no one and nothing in particular. It is an anger adjacent to immense sadness and mourning over what could have been, like seeing a great ruin, or some other rare and beautiful object that has been weathered to a shadow of itself.

But people are not beautiful objects, I recognize that. People do go far beyond ideals, though they can certainly strive for them. I recognize that I am setting myself up for acute disappointment again and again if I let the ideals affect a person or the person affect the ideal. I also recognize that I can’t let my love filter through an ideal before reaching the person. While I wish the two could merge and be one and the same, I know that is not to be. But at the same time, I don’t feel I should ever compromise who I am and forget these things and end up resenting someone for not being what I like. That would be very unfair to them, and not to mention myself.

But I can’t help but be so in love with this effigy of a person. I’m like Pygmalion. Though he carved into his statue every little detail. I have just a general picture, just an impression. Many people could fit that impression. Could. But their decisions, their intention by which they live their life or lack thereof, often tarnish it. This has nothing to do with anything physical, it is all personality. Furthermore, it is self-concept. Self-efficacy. Self-esteem. I find a lack of concept leads to a lack of esteem which leads to a lack of efficacy, and people just float around like jellyfish going where the tide takes them. Or worse, attaching themselves to a terrible person who proceeds to dilute and pollute that sense of self and they panic, they spiral, they make worse decisions, they’re at rock bottom. Perhaps none of this makes sense, but it does to me.

The worst is encountering a trompe l’oeil in the flesh. That is, someone with a hyper-realistic painted-on facade, an imitation of what I love. I can be quite fooled. But with deep study the cracks appear, the plaster falls away, and the mold reveals itself. If someone is so skilled at painting themselves to appear one way when on the inside they’re quite another, then why wasn’t that effort spent on being that way from the beginning? Why paint over this wood rot instead of excising it or just learning from one’s mistakes and rebuilding something stronger and greater elsewhere? Often there’s a sense of shame that goes with the past and the bad decisions better left there, and perhaps one with still too much of an ego might not want to acknowledge their part in those decisions and their results. The self-judgment is strong, and any judgment they feel externally is especially so. The fight-or-flight response is triggered. They try to defend themselves, their actions, even though they don’t actually want to. They wish it wasn’t so, they wish they were different, they wish the situation hadn’t been as it was, or that they knew more at the time. But instead of growing, maturing, learning, and thriving in the present and future with this new knowledge, they… I don’t know. They paint that painting. They don a mask.

Though I, too, don a mask. At this point, it has merged with my real face. I intended to write about The Face of Another some time, both the book as well as Teshigahara’s film. The story goes beyond just faces, though a surface reading might indicate it is just about people’s vapidity when it comes to someone’s face. It is about self-concept. Perhaps my mask is my self-concept. I carved it because I thought it would be attractive, that it might bring in someone who could love the overly sensitive and gooey mess underneath. That has not authentically happened, except once. And I admit, my own mask is a trompe l’oeil, an extremely convincing one. Underneath it is something that only wants genuine love and nothing else. Complete love. Love so strong that it makes up for the lifelong lack of it. That is a heavy burden for another to bear, and the thought of even letting someone shoulder it fills me with guilt, which triggers a defense that will ultimately be self-destructive: to outright avoid love owing to a sense of unworthiness. In concept, the love that I feel for the very idea of the person who could love me totally is so strong that I would not want them to bear any of my burdens, I couldn’t let them. And if I am unwilling to do that, then perhaps that person will never be in my life. A terrible paradox.

My biggest issue of all in this is, due to the many years-long love of a concept, effigy, or ideal of this woman, is that if I do meet anyone who might fit the impression, my excitement is so huge that it becomes uncontrollable and my emotions just pour out and soak the person. My imagination runs wild at the possibilities, that the search might be over, that this is the one. This just happened. Perhaps I scare them away, or what is more likely is that I end up breaking my own heart by trying to see things in someone that simply aren’t there. That is entirely my fault, a good trait taken too far, another symptom of my polemical and rigid mindset and lifestyle. I wish I could change, but it is stuck with me, perhaps in my soul. My personality is awfully similar to some of my ancestors. Yet things worked out for them. By contrast, I have had nothing but a long series of disastrous performances in a lifetime of acting behind the mask. I can’t take it off.

Anyway, I haven’t written here for a little while, again. It really does feel good to do this once I have a little bit of a warmup. I just have to make myself. Just naming, explaining, and shaming my feelings is cathartic. I guess that is why I started this back in college. Maybe someone will appreciate it some day, if only me.