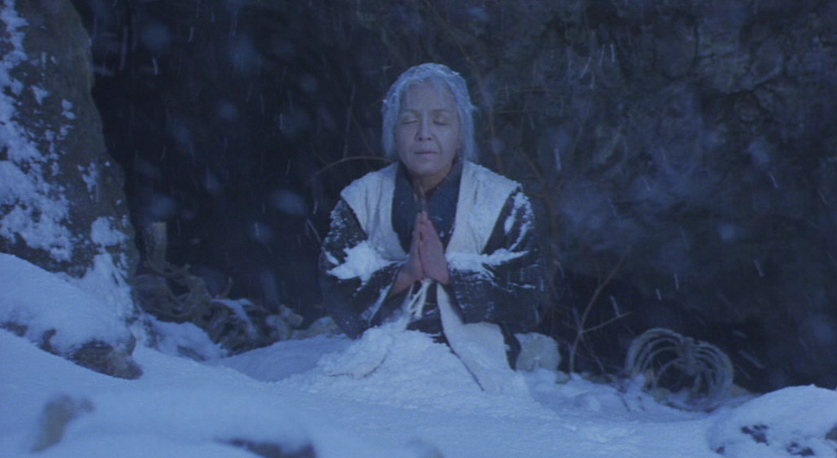 This film makes an interesting bedfellow with Tokyo Story. These are two wildly different films with fundamentally the same message: the aged are pushed aside so the young can keep on living (on airs in the case of the latter), until they too find themselves in their parents’ position, and the cycle repeats. I have never seen a film depict how truly wretched the life of villagers in these little mountain towns could be. Shohei Imamura pulled no punches. But, like the documentary Becoming a Woman in Zanskar, one can easily see why they are the way they are and why they choose to do the things they do. Senicide, or the act of killing one’s elders, was fairly common the world over in lean times, and certainly so was infanticide. These things are part of the sad reality of what happens when there are too many mouths to feed and not enough hands to work the fields.

It is a tale of selfishness and selflessness, just like Tokyo Story. The elderly sacrifice themselves for the benefit of their children, and those children must likewise do the same when their time comes. Orin, the focus of the story, is one such selfless person, just like Noriko, the daughter-in-law of the Hirayama’s late son. Compare Orin’s fate to that of one of her neighbors, an old man. He clung to his miserable life. Should he have remained living, the entire root would have died with his branch. There simply isn’t enough food to go around. The old man’s son is depicted as cruel, and he is, but what else is he to do? What will happen to him and any future family if the old man keeps on living, not working, only consuming what meager resources they have?

Relatedly, I am reminded of the old practice of “granny dumping” that used to be commonplace in Florida. These families from the northeast would drive down and check in their old parents (usually widowed) into the old apartment-hotels in Miami Beach or elsewhere and they’d while away the rest of their lives rocking on rocking chairs surrounded by the fellow abandoned and infirm. Then the children might enjoy their parent’s pension from all their years serving as a schoolteacher or other civil servant in New Jersey or wherever they’re from. Sometimes building for the future, sometimes squandering it. But in the case of Orin, her family, and the families of the neighbors, it seemed there was no inter-generational building of resources and security. It’s always been hand-to-mouth, for centuries, or even millennia. For those villagers aware of their plight, pushing waves back into the sea every day, their life is a brave but useless resistance. For those that don’t think about it, they have more in common with the rabbit shot in the first scene or the eagle that carries it off than with anything else.

Orin is aware of her plight. Her bravery is beyond admiration. Her own son, who carries her up there, is likewise aware of their plight. He wishes to reject her gift. He loves her. He does not wish to do what he does. Orin makes him. She embodies the sacrifice that wise elders have made for the ensuing generations, so that they may have their turn, as she did. Hopefully they may have it better than her. Considering the film takes place in the 19th century, perhaps relief is not too far off, perhaps Orin’s sacrifice wasn’t just shoring up the sand castle in the surf. It is clear why her family, the Nekos, are the most prominent family in the village. They come from wise stock. Though this is an imaginary world, I hope the son made it far enough along in time to avoid the necessary brutality of his forebears, and may his family never forget the sacrifices they made so that their descendants in the year 2020 may play waifu phone games all day.