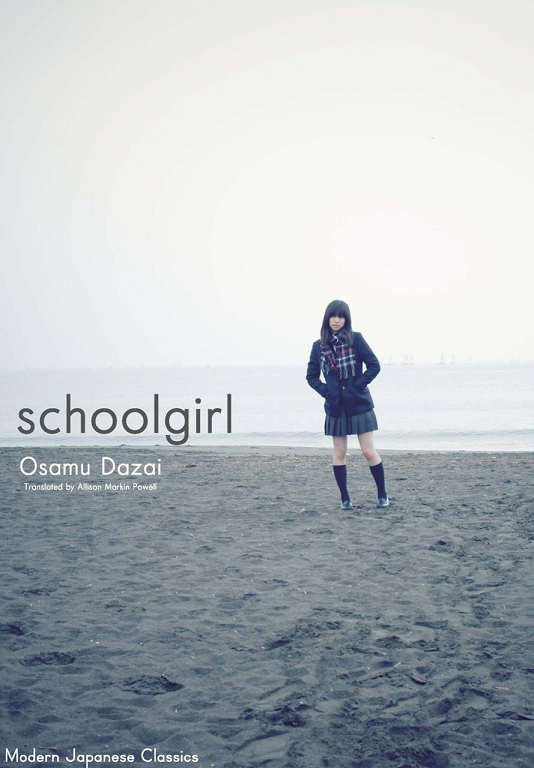 I felt bad for her.

It is still a very popular novella among young readers in Japan. Perhaps because Dazai anticipated so many things that were to come into fruition both during and after the war as far as family dynamics go. She is highly relatable because her feelings are commonplace, though she is no common person. Though she might believe so. A dreadful, terrible, awful girl, she would think. And she does think this, and says it many times, just so casually, accepting it.

The girl has little to do, no calling, no guidance, no purpose, and says so herself, and she really yearns for one. Even if it is to be a wife, she would devote herself wholeheartedly to it, though she is scared of the idea she says at another time. The novel was written in 1939. The country had been in a state of semi-war for some time with their activities in China. So society was a little off. Her father had just died, as well, I believe from Parkinson’s or something similar, it is not said outright. But she misses him horribly. Her mother was entirely subservient to him, doting on him, loving him more than anything, she was utterly a part of him, and the girl realizes this. It is miserable then for the both of them after he dies. And she cannot look at her mother as any kind of guiding figure. There are no male figures around, actually. No strong figures at all. She wants that. She envies her male cousin, an officer in the army, who writes to her and her mother saying his station is changing. She thinks it would be nice living under such auspices. To run up against a firm authority. She would feel good that way. Instead, “the artist that refuses all discipline loses all ways of self-expression,” or however the saying goes. She has lost all those ways. She is just a jellyfish, and feels wretched, but does not change, for she is immature, and she knows this, but how else to be as a high school girl? And this was 1939… it anticipated many women marrying and moving abroad, for the above reasons. It anticipates some issues women feel today. Perhaps you know the “veggie men” phenomenon.

In some scenes with her mother, and flashbacks with her father, I am reminded of conversations I had with a girl I used to talk to often, Yukie. As a little girl, the narrator asks her father and mother various “why” questions about different thing. Do you suppose the gardener was always a gardener? Why this? Why that? And they wouldn’t answer, they’d ignore her precociousness. They wouldn’t ask about her. How was your day, how are you, and so on. Everyone goes about wearing these masks. But not with sibling relationships. Those are very different there. Siblings are close. But children seem to somewhat fear their parents, or never really regard them as individuals, as people, because they never truly know them. Yukie expressed similar things to me, that there are seldom expressions of affection from parent to child, at least how probably you and I think of it. It is not common to ask how one is feeling and mean it. Answering truly makes you an oddball. You’re expected to be “okay” all the time. Or so she said, and this seems corroborated elsewhere. It made me sad hearing that from her. As it does with this narrator, as I am reminded of her, as well as my own experiences feeling deprived of affection.

The young woman is witness to an active disintegration. Her mother, her sister, her friends, her father, her cousins, they’re all unreachable, she does not really know them, she cannot know them, or in the case of the father, he has died. She is atomized. And as she develops, perhaps she is strong enough to swim on her own, though that has its own scourging to bear. Or perhaps cling to a piece of flotsam and hope that it holds. And maybe she can fashion herself something. Or perhaps it will lead to real, true, wicked debauchery and disgrace. It’s a pivotal moment. One has to imagine this moment in the lives of millions of girls from such homes. And maybe some become Yukie, genuinely sweet and trying her best in the world despite living in a haunted house, or they turn into Sasha Gray, or even kill themselves, as the narrator waxes about for two pages and the reasons why one might and the clucking of tongues that comes from older people, “oh, if only she waited a bit longer.” But it is like pointing to a mountain and saying, ‘the view up there is nice, if you can make it.’ Which ignores a very real and present stomachache right now.

It is 100 pages, just an hour and a half or so of easy reading in an afternoon. But maybe you’ll sit there much longer, thinking about the past. I did. I read the translation by Allison Powell. I love the cover, shown above. It is the perfect picture, exactly who I imagine. It is the perfect background. The perfect dismal beach. I have seen this very girl, standing too close to the edge of the platform in a train station. The train honked at her. She jumped back. Coward, thought I, that shall not stop me. But I, of course, was maybe relishing the same feelings as her.