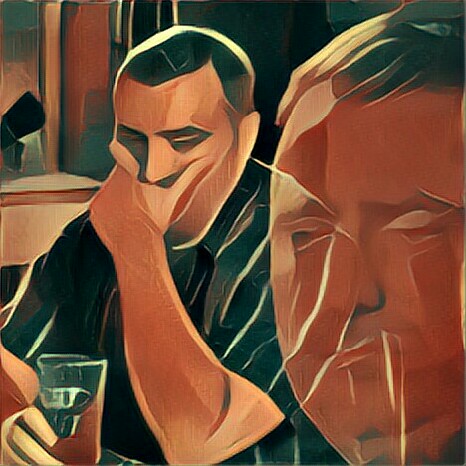 I am nearly finished with the English translation of Houellebecq’s new book. I’ve read and enjoyed most of his other work and his newest book, “Serotonin,” is very similar to his other books except that the hero actually decides to quit his job and completely disappear. But you can’t run away from yourself, can you? That becomes clear. Our hero quotes the third and fourth line of Baudelaire’s sonnet, “Semper eadem,” which translates to English as “always the same,” also Elizabeth I’s motto. And what is the significance of that? In good times and bad times, only I truly remain, always the same. That carries a special significance to me as I come to the end of this book. Indeed, the poem has a special significance, too. Below I’ll quote Edna St. Vincent Millay’s translation, published 1936:

“What in the world,” you said, “has brought on this black mood,
Climbing you as the sea climbs up a naked reef?”
— When once the heart has made its harvest (understood
By all men, this) why, just to be alive is grief:

A pain quite simple, nothing mysterious at all,
And like that joy of yours, patent to all we meet;
Stop asking questions, then, I beg of you, and fall
Silent a while, fair prober, though your voice be sweet.

Ah, yes, be silent, ignorant girl, always so gay,
Mouth with the childlike laughter! More than Life, I say,
Death has the power to hold us by most subtle ties.

My one fictitious comfort, kindly, let me keep:
To plunge as into dreams into your lovely eyes,
And in the shadow of your lashes fall asleep.

In short, the poet and his lover are having a one-sided conversation in bed after having made love. After that brief ecstasy, the poet is brought back down to Earth and troubled again by the pointlessness of it all. The woman, not so much. Perhaps Baudelaire was inspired by the very real tendency for men to become disinterested in sex upon the rush of prolactin to the brain that accompanies orgasm, a function that women are not hobbled by, so far as I am aware. The poet is hyper aware of his pain and his condition no matter the circumstances. Thus, he seems to be incapable of truly enjoying anything, except maybe when he can enjoy his little death at the end of each day, in more ways than one, for what else is sleep? The poet succinctly describes all his issues in the third and fourth lines, those quoted by the hero in “Serotonin,” that once the heart has reaped its harvest it seems to be alive is a torment to the soul; a mockery; a silly, frivolous, obsolete thing that should disappear with its dignity when it fulfills its function. Despite these strong misgivings about life that the poet and some of Houellebecq’s characters have, they go on.. they go on.. and in those bad times, in those good times, they yet remain.