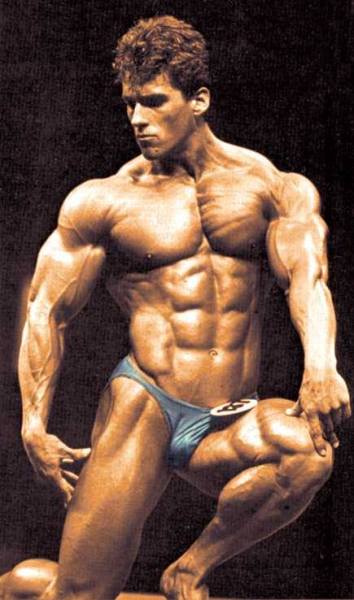 Having reached a plateau in my training, I commissioned a new bodybuilding and nutrition regimen from Bob Paris. He is a writer of pretty good poetry and was once an actor, too. Notably, in a previous life, he was the 1983 Mr. America and Mr. Universe. He placed top ten several times at the Mr. Olympia show through the 80s, though that competition was beginning to turn more towards grotesque mass, like a lot of America at the time generally. Bigness begets bigness and it’s never enough, until it’s just too much. The pendulum is swinging back that way, somewhat. Anyway, Bob had the finest physique I have ever seen. He posed like an aristocrat, even better than Chris Dickerson. Everything he did on the stage and in training was about fineness, control, grace, and measure. That much is clear in his recommendations for me. I won’t get into the finer details of it but I will discuss his overall philosophy.

Bob strongly encourages visualization exercises. There are several types of exercises, but the phrasing he used for one in particular stuck out to me. He said:

I’d suggest that you begin by getting a very clear picture in your mind of what you want your body to look like and what you’d like your life to feel like when you follow this program consistently. Make these pictures realistic given your goals and time commitment, etc. However, don’t indulge the temptation to be too hard on yourself either. Imagine that you could see the picture of yourself through the eyes of the person who cares most for you in the world, someone who totally supports and understands your goals—that’s the sort of image I want you to go for. Now hold that image at the front of your mind—it’s going to play a very key role in the way your program unfolds.

The emphasis is mine. What does that look like? What is that person like? Why and how do they care for me and support me and understand me so much? That must be quite a person. An Enkidu truly is invaluable. I’ve laid here at night and performed some of the meditative exercises he recommends, albeit clumsily. It’s hard to feel “right” while doing it. But I have laid here and thought and thought about what that person might picture. A fuzzy image comes to mind. It slowly develops. Clear, healthy, glowing skin, healthy teeth, and thick, clean, luscious, nice smelling hair come to the fore. These grace a gentle and serene face that is used to happiness. Posture and gait are perfect, like someone who has an athletic background, but not contrived like an uncanny valley android. As for the musculature… that is tough to imagine. I suppose on my frame it would be around 100kg fairly lean. Definition and separation always looked the best to me, like a muscle exploding from the inside. Moderate size, strong separation, and lower vascularity appeal to me. I suppose that is how the Greek and Roman ideal heroic physique in a statue looks, like the Farnese Hercules and the statues of various champion athletes and Gods and men who were like Gods.

The image of something virile and healthy, nearing divinity and seemingly unstoppable, resolute and quietly powerful, that is the ideal image.