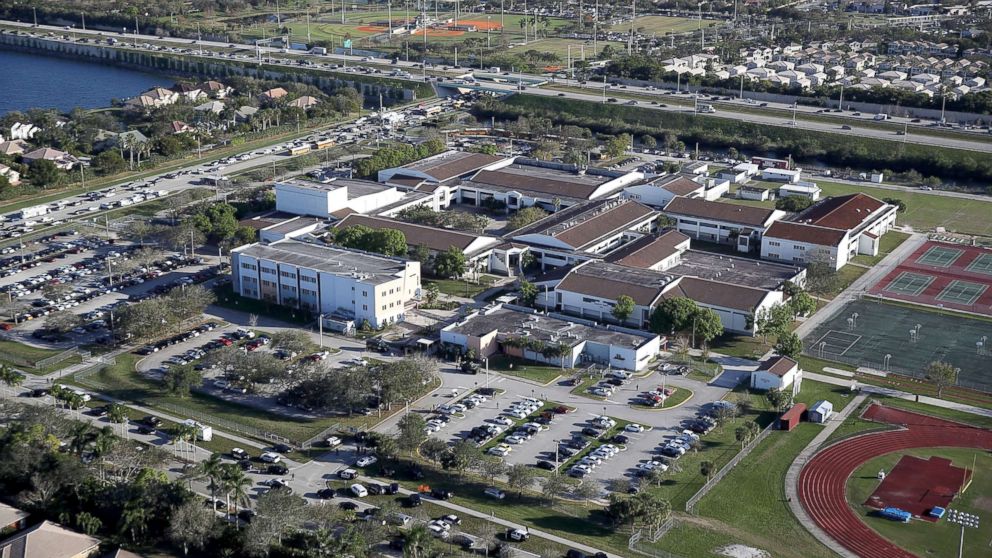 Ordinarily I do not comment on the news, but today in the Miami Herald I saw an article on the new security measures being used at Marjory Stoneman Douglas High School. Aside from the clear backpacks mentioned at the start of the article, the following have been put into place:

Security at the Parkland school has been bolstered following the Feb. 14 massacre, with about 10 Broward Sheriff’s deputies stationed on campus daily and, more recently, the addition of eight Florida Highway Patrol troopers scheduled to monitor gates from 6 a.m. to 10 p.m.

Students, now required to wear ID badges around their necks at all times, are being allowed inside through four monitored gates before school starts, and through just one entry point after the bell rings. The school district is “exploring options” to begin using metal-detecting wands at entrances and potentially permanent metal detectors. Sports bags and instrument cases are now checked at entry points and must be dropped off with a teacher or coach before school starts.

Wouldn’t you feel welcomed every day going to a place like that? Examine the photo I have of the campus. The windows are fairly small for Florida but otherwise looks no different than any other large high school built in the past fifteen years. These large institutions often use the same architects, land use planners, and general contractors as prisons and hospitals – and think, the functions are pretty similar in these three categories of buildings. Historically though a hospital looked like a hospital, a prison like a prison, and a school like a school.

But how do we judge the effectiveness of the buildings of any of these? You’d have to ask the users, which the school districts and hospitals seldom do (prisons are a different story as their function is much more serious). They’re often built with little foresight, hence how what may have started as a decent plan often morphs into a tumorous concrete jungle (see: Miami Airport). When walking into one of these places, the user often doesn’t know what exactly is wrong, just that the atmosphere is ugly and they find themselves feeling more and more tired and depressed. It isn’t just the long school day that does that to you, perhaps it is the windowless and musty concrete block classrooms with metal doors compounded by teachers and students who are apathetic. The sterile and neutrally-painted hallways offer no reprieve. The lifeless and useless courtyards, which are often paved-over and built on anyway in due time, offer no hope and comfort to anyone. These schools like MSD High School have no sense of place, therefore the students have no pride of place. Schools like Columbine High School are very similar but that one is even more disgusting to look at, resembling an early-90s lower-middle class mall that might offer floppy basketball shoe stores and salty giant pretzel stands next to people giving insurance quotes.

This isn’t even a problem of money. It’s like most of the buildings I saw in Tokyo – moving a window over a bit or putting the main doorway in a more sensible place or not putting the bathroom right next to the kitchen might be all it takes to feel much better about a place. The hopeful men who founded my university attempted this with the first classroom building they built after WWII. The classroom building was two very long buildings joined by a theater in the middle. One would enter from an open breezeway into a rectangular space dominated by a wall of windows on one side along which the desks would sit. This created a naturally light-filled space all day long. Paired with the tropical trees outside being blown by bay breezes, sitting in class was actually meditative and relaxing. Today, classrooms have been joined and the desks now face away from the windows. On top of that, curtains are usually drawn over them, seemingly out of habit. The cheerful orange floors have been replaced with beige vinyl tile. I’m certain few people even remember it looking the other way. Over time more and more changes happen until the building is so debased and ugly that it is either time for a complete expensive overhaul or demolition. This is how many fine buildings meet the wrecking ball.

Back to the original subject, turning the school into more of a prison than it already is will do nothing but irritate and possibly even depress the student-inmates for no purpose except as a political stunt – “Look at what we did! No more incidents!” This is truly a shame. We now have had two full generations of students who have gone from schools like this into apartments like this and offices like this. With such alienating and dismal surroundings, it is no wonder that there are shootings and other issues. This is not to say that having perfectly-planned and beautiful facilities will totally eliminate these things, but if all else is the same, then the issues can certainly be cut down or at least noticed sooner. Creating a pageant of security by putting disinterested minimum-wage security guards, metal detectors, and other wastes of space, time, and money only serves to aggravate people. Look at our airports. But I suppose if it makes people feel “safe” and if they actually want it, then that is there prerogative. The only trouble is nobody really wanted any of this. Instead of treating the infection each time it manifests, perhaps it is better to clear the ground of rusty nails and broken glass.