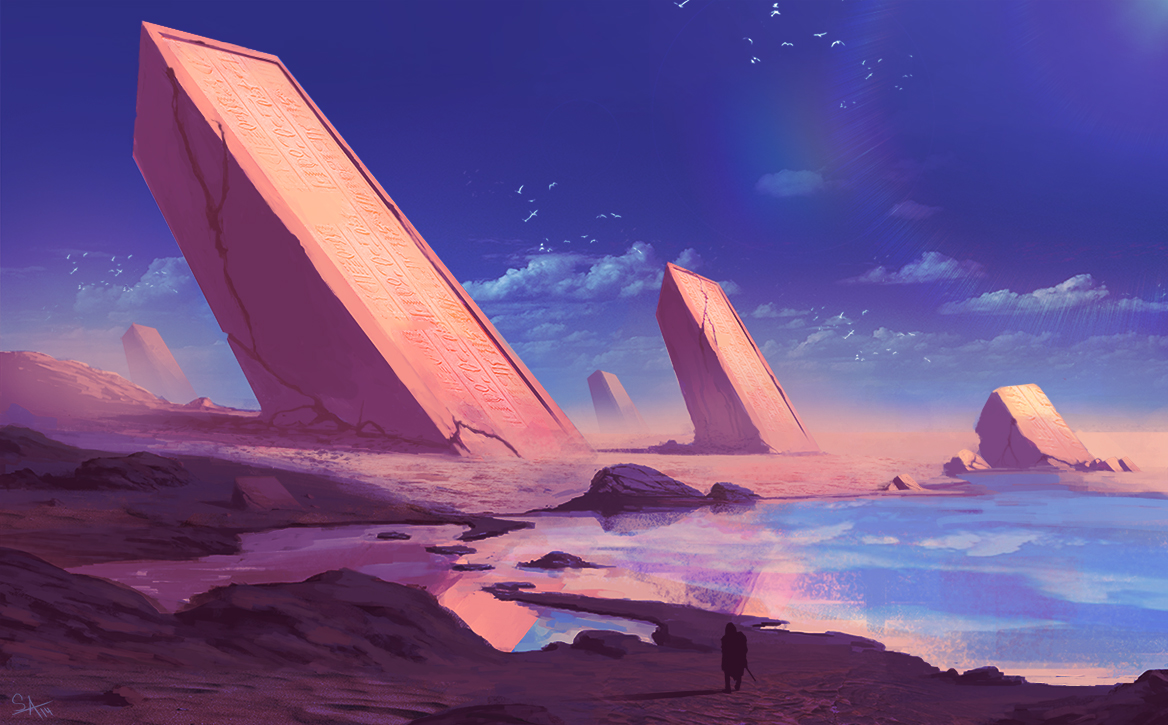 I was running away from some as-yet unknown pursuer in a great desert accompanied by a friend I could not identify. It seemed we ran for hours and despite it being pitch black out, it felt as if the summer sun was shining on us and the humidity was nonsensically extremely high. I was dressed in early byzantine scale armor with a strange Andalusian helmet with a heavy scarf/turban wrapped around it. My friend was dressed in some kind of gladiator armor, think light/medium leather, and no helmet. We see a glow like that of a distant city in flames or like that of an apocalyptic sunset and in that glow a building resembling a ziggurat stands out against the horizon.

As we make it I for some reason recognize the building as Solomon’s Temple. Next to it was an octagonal sandstone structure with Greco-Egyptian motifs. The door was of a heavy bronze and it was sealed but we scaled the building, which was built on a high foundation, and climbed through a large glass-less window. The enemy horde was not a mile away when they stopped quite suddenly and sent forth about eight men to our fortress. They all had thick hair braided into one long braid like a Chinese queue and were dressed in light leather, short curved swords drawn.

I singlehandedly pummeled each of them to death. Their swords could not touch me. They went through me as if they were swiping at a holograph. I laid them in a ring, heads towards the middle, and tied their braids together so that they resembled a rat king. The commander of the distant horde approached with his horse and told us that we could leave and that they would pursue us no further. Before I could reply the entire army had disappeared, even the bodies, and not even a hoof print remained.