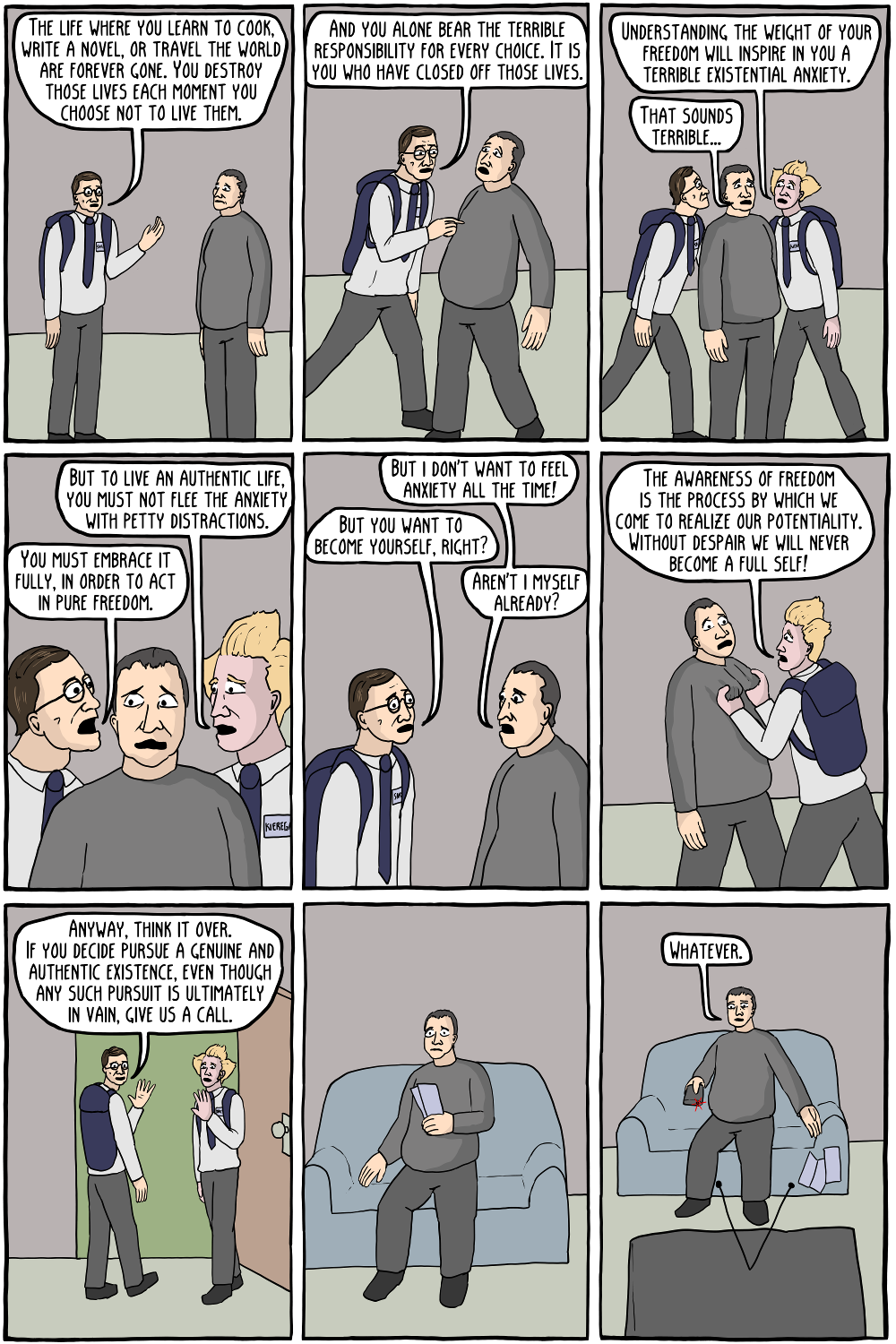 Amongst a few others, I am currently reading Dr. Hubert Benoit’s “A Supreme Doctrine,” which takes a scientific look at the process of realizing satori. Dr. Benoit was interested in creating a syncretic method of psychotherapy that synthesized techniques of calming the mind present in Zen and Ch’an as well as those espoused by modern European and American methods of therapy. The language I have found to be difficult for most of today’s readers although I suppose the original French must have been more elegant. Curiously, Aldous Huxley wrote the foreword of the English translation.

Dr. Benoit aptly compared satori to a jail where the door only opens inward. The prisoner pushes and pushes against the door but it only becomes more and more shut. If the prisoner only took a step back, the door would swing open on its own and he would be free to leave. I experience this state only while I am reading something engrossing, though I recall an instance as a little boy where I was watching one of the class plays in primary school and shortly after sitting down in discomfort on the ground I fell into a sort of trance. My breaths felt easy. My body was in cross-legged suspension there on the ground in the assembly hall. I was rapt for about an hour with a level of attention that had never quite been paid to anything else before. When the lights came on at the end, it was over.

It wasn’t so much the content of the play that stupefied me, that was forgettable stuff. I remember the feeling to this day and the whole circumstances of the situation from the feeling of the carpet to the outfits worn by the teachers and music director that day. I suppose the foremost paragons of zen are able to manifest this condition all the time effortlessly, with that being the key word. I fell into the state totally without effort. I stopped pushing. It seems like such a simple thing. Ocham’s Razor swipes clean this grisly face.