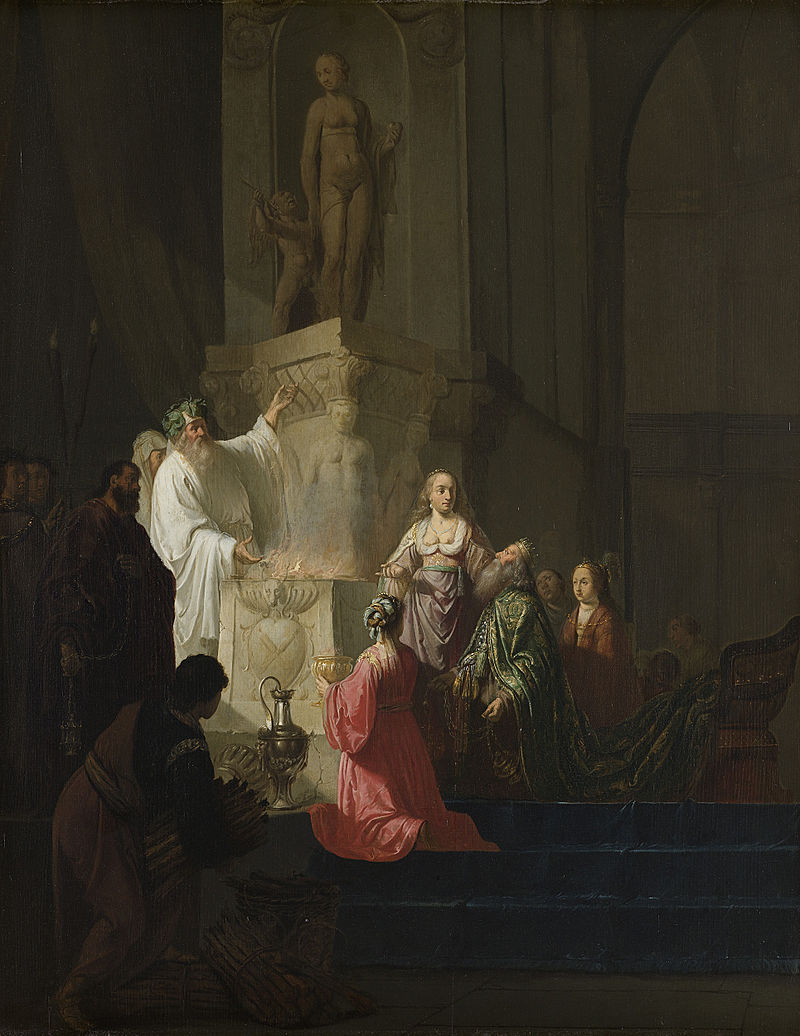 Late in the rule of King Solomon the Wise, the Kingdom of Israel had been plagued by internal conflict. He was contending with the rise of Rezon of Zobah, Hadad of Edom, and some of his own treacherous officials. A prudent man, he summoned the great wizard Belshazzar to his court for advice. The great wizard stood before the king and concentrated his energies, summoning a sort of man that no one in the kingdom had ever seen. His hair was done up high on his head and upon it he wore a kind of lace hat. His magnificent green robes went to the floor. Capping his chin was a long beard and upon his lip a wispy mustache. He introduced himself as King Wu of Zhou.

“What can be done to stop the warfare amongst my people? Do they not hear the word of God?” King Solomon asks.

King Wu responds pensively, “They do hear the word of God, but what is that to men dissatisfied with their current state of being?”

“How did you centralize rule?” King Solomon the Wise asks.

“After waiting for the heavenly order to conquer the ineffective king before me, I killed all opposition and shed enough Shang blood to float a log.”