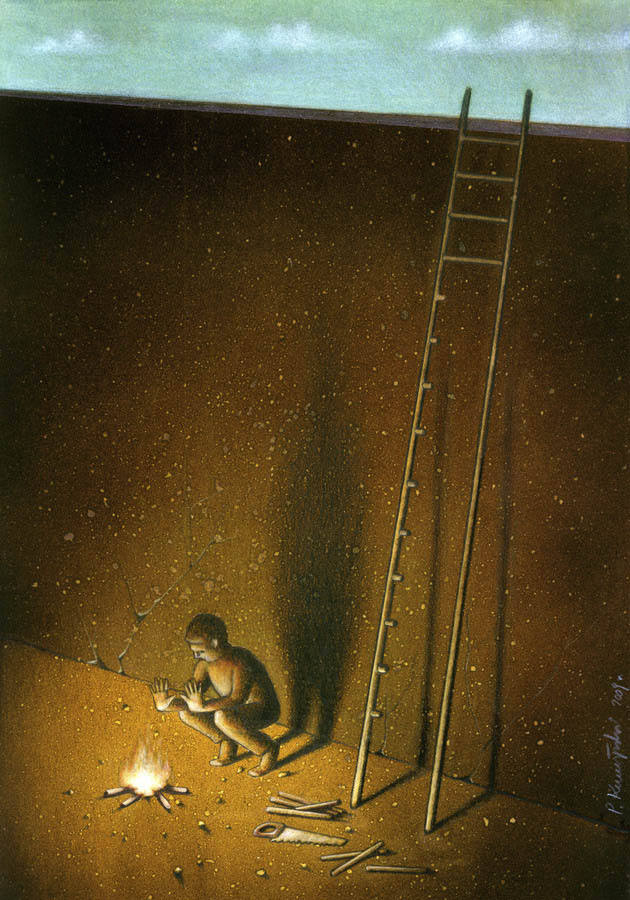 T.S. Eliot wrote a handful of well-described scenes that he titled “Preludes”. They build up to where you’d expect a story to unfold but the delivery is withheld. He leaves the rest for the reader to imagine. Here is one:

The morning comes to consciousness
Of faint stale smells of beer
From the sawdust-trampled street
With all its muddy feet that press
To early coffee-stands.
With the other masquerades
That time resumes,
One thinks of all the hands
That are raising dingy shades
In a thousand furnished rooms.

Each day though can be conceptualized as a life. A birth in the sunrise, youthful enthusiasm in the morning, the maturity and decline in the afternoon, and death at sunset. We attach hours to these times and, as T.S. Elliot illustrates, resume certain masquerades as the arbitrary hour passes. Each of us are locked in a waltz, dancing circularly around the grand ballroom of the day.
You’re sitting on the stoop of your house, a few steps up from the busy street. A warm morning breeze blows with the scent of cooking breakfasts in the row houses all about you. Earlier you went to one of those coffee stands at the end of the block and filled your mug. A streetcar zooms by, delivering the ringing bell that awakens the neighborhood. It’s just past 7:00. There’s some activity in the third story window of the boarding house across the street.
Your neighbor, a salary man in an anonymous mortgage bank somewhere downtown, rises to resume the dance.