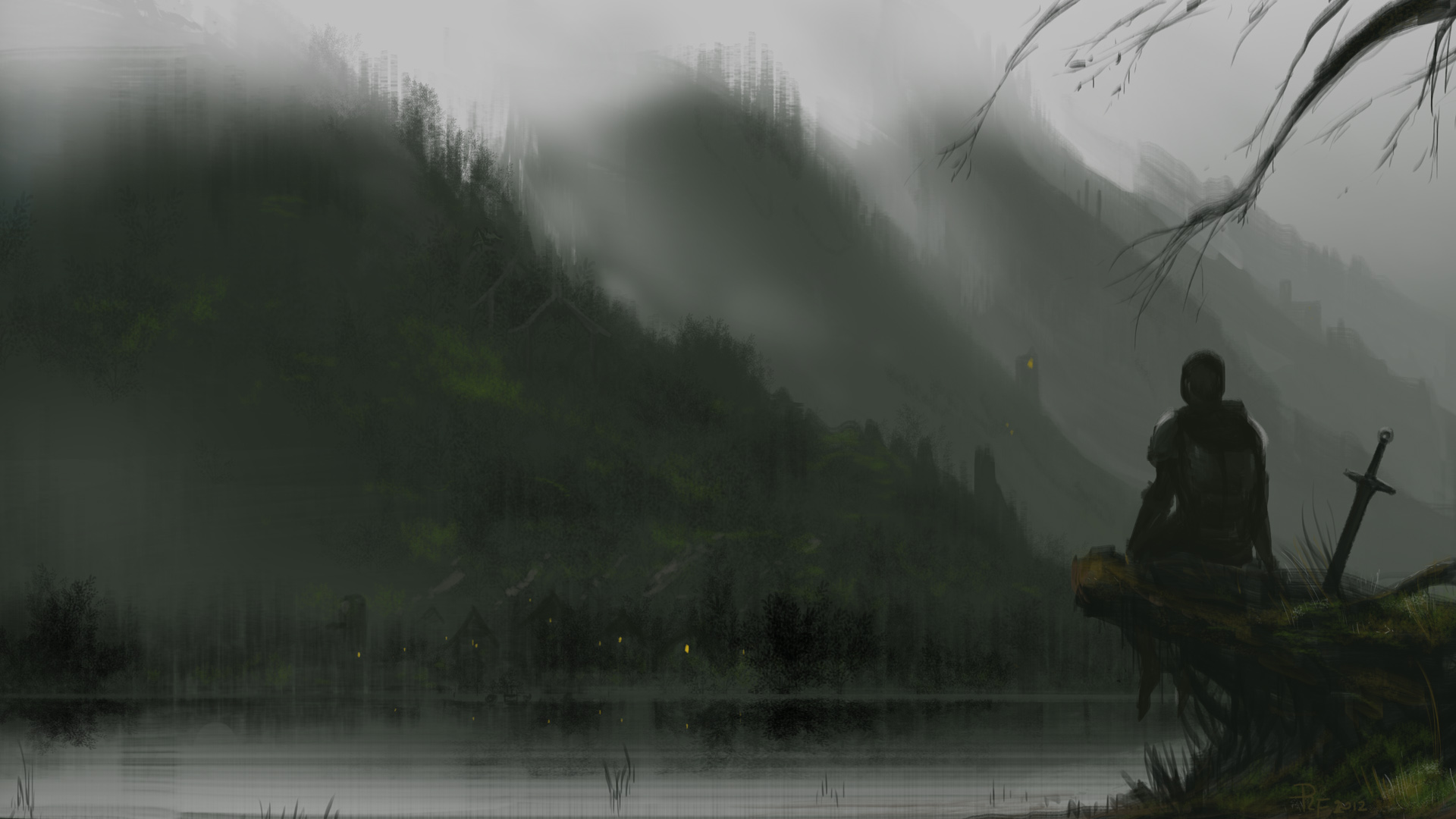 In Christianity, darkness denotes sin and error, but for the poet and the student of religion in Asia, darkness is an organic metaphor of the undifferentiated absolute, while light is the experience of the immediate, phenomenal world. Absorbed in the darkness, Basho is absorbed in the universe, timeless, without bounds. Suddenly, out of the blackest depths comes that extraordinary blaze of light, and the whole world of particulars is etched at once, chillingly, in his mind. Then darkness returns, and from that absolute vacancy again there is vivid eruption, this time an eerie scream.

He is commenting on an earlier haiku, one of Basho’s last:

A flash of lightning;

Through the darkness goes

The scream of a night heron.

Inspired by this, I imagined as I was sitting in class today a similar scene. The linen curtains are drawn, the sky is that inky blackish purple and the rain pours down upon everything. The pitter-patter of rain on the roof fills me with calm. I am sitting cross-legged on my mattress. Slight flashes of light streak through the bedroom from the lightning a ways off upon the nearby ocean. I’m drinking a particular blend of nighttime tea from a lacquerware cup. The rain grows harder, the moan of thunder reverberates through everything, and the gentle sleeping form next to me emits a sharp sigh. Gently my glance falls on her pale milky white face. Her chest rises and falls, fast asleep. It must be her dreams. My mind slows and once again I fall back entranced in the rainy darkness.

Ah! But why would I place a person in my daydream versus a distant unseen animal? I suppose both consciously and subconsciously I yearn for that closeness and affection for and from someone, which I lack. Basho surely lacked none of that, he found himself troubled when he was bothered at home too much by well-wishers and students. Hence, he liked to journey out and know the minds, towns, and hearts of many men to fuel his poetry. One thinks of these quaint old Japanese poets as being very stagnant figures sitting in a dojo somewhere but he is anything but. While I hope I am not projecting traits onto him that are not there, in my readings Basho seems to have been yearning for some kind of deep interpersonal connection with someone but, having never found that, he sits back into what he defines as the natural state of mankind… that is, solitude and loneliness.