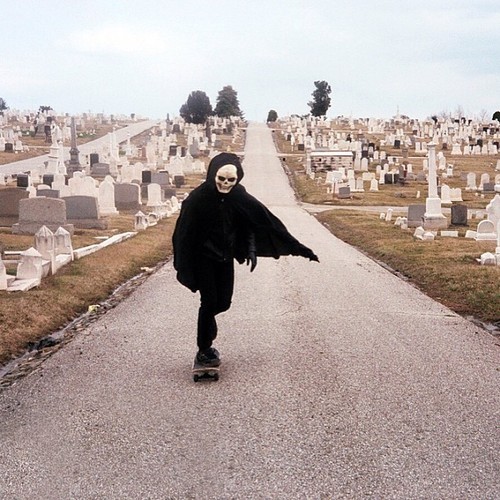 But to be alive!

In book 11 of the Odyssey, my favorite passage is as follows:

“And I said, ‘Achilles, son of Peleus, foremost champion of the Achaeans, I came to consult Teiresias, and see if he could advise me about my return home to Ithaca, for I have never yet been able to get near the Achaean land, nor to set foot in my own country, but have been in trouble all the time. As for you, Achilles, no one was ever yet so fortunate as you have been, nor ever will be, for you were adored by all us Argives as long as you were alive, and now that you are here you are a great prince among the dead. Do not, therefore, take it so much to heart even if you are dead.’

“‘Say not a word,’ he answered, ‘in death’s favour; I would rather be a paid servant in a poor man’s house and be above ground than king of kings among the dead. But give me news about son; is he gone to the wars and will he be a great soldier, or is this not so?'”

This morning on the way to class I endured the misfortune of being crashed into by a distracted driver. This badly damaged the front end of my car, causing it to resemble a dropped ice cream cone. After all the dust settled, I went through the rigamarole of renting a car, which to those who have rented a car in the United States you know it’s not pleasant.

But! I managed to make it back to my university just in time for some lunch and to pick up a bike for a triathlon in which I’m competing this weekend. I had a fine time at the gym despite all the treadmills being taken up. I did miss all my classes, but it’s not the end of the world. I still look forward to swimming this evening.

No doubt, this day was not one of my finest. But I am happy to have lived it, for each experience–good and bad–forms the rich potpourri of our life’s four course dinner. To echo Achilles: even a lousy day is wonderful in comparison to being dead. This reassures me in all that I do, even in days like today.